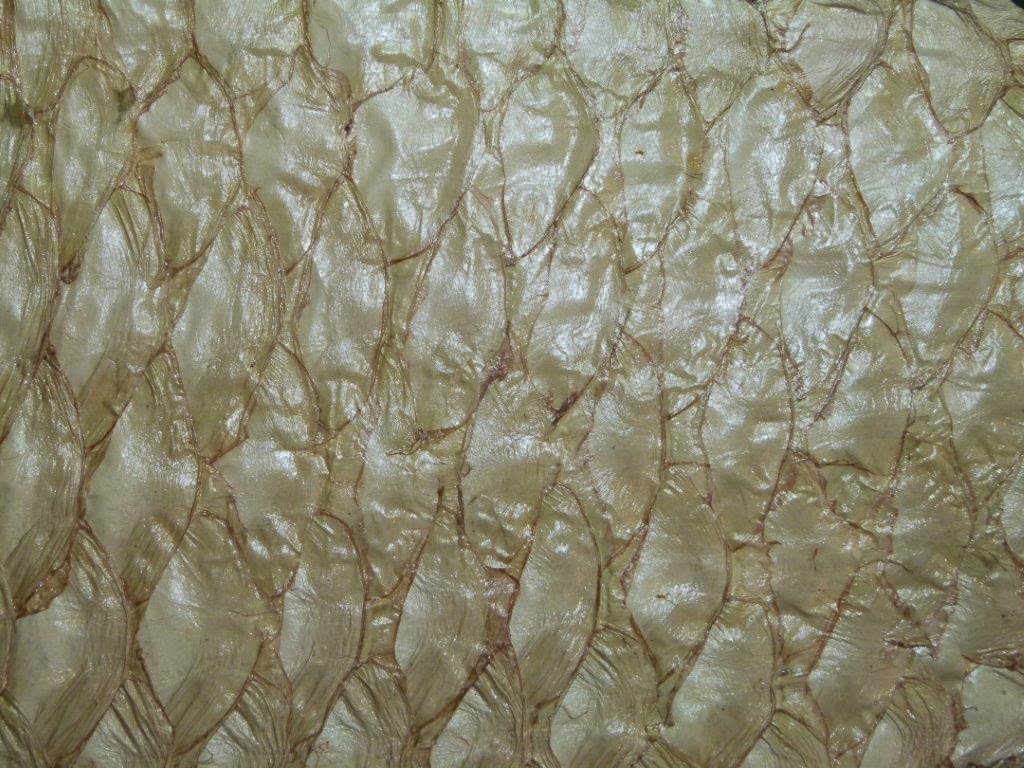 It's been a brutal few months in this part of the world with daily maximum temperatures hovering between the high-30s and mid-40s for weeks on end. Too unpleasant to work in the bindery so I've done other bookish things such as demonstrate how to make lidded boxes; organise a master class for a visiting French fine binder; and bring to Canberra an exhibition that ran at the NSW Writers' Centre at the beginning of the year. With cooler weather, enthusiasm is building for my 'real' work. I've started with a bit of a tidy-up, in the course of which I came across a fish skin I bought towards the end of last year. Unfortunately I cannot remember what I intended to do with it!
Posted by BEMBindery at 22:15 1 comment: 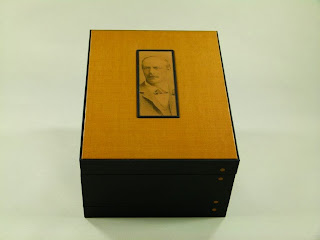 Project realised and ready to send off in the new year. Received news a couple of days ago about the plans for this and its nineteen companions. First up will be an exhibition at the Writers' Centre in Sydney from late January to late February, then a flying visit to Melbourne in early March for an appearance at the CODEX Australia symposium, on to Canberra for three weeks in March-April at the Civic Library Exhibition Space, back to Sydney for a second showing and then finally to Geelong. All that remains to be done in 2013 is to tidy the bindery in preparation for new projects once Christmas and New Year are out of the way.
Posted by BEMBindery at 22:14 No comments: 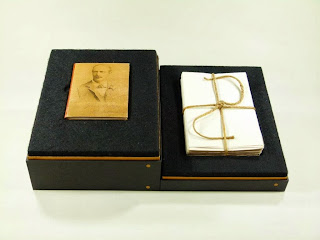 The slim volume I referred to in my last post has been completed along with the 'plinth' in which the volume sits. Also completed are trays to house this plinth and the text block plinth. The fit of the block and book has been checked as has the fit of the two trays when stacked. All that remains is the box lid. This is my first attempt at making stacked trays and the result has, I feel, been a success. This success has given me an idea for a new project featuring multiple stacked trays as storage containers for some found objects that have been sitting around the bindery for years just waiting for the right use. Something else to add to the list for 2014.
Posted by BEMBindery at 13:48 1 comment: 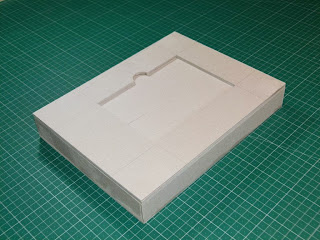 The focus now is on preparing an account of my 'treatment' of the Cuthbertson block. It will be a slim, slightly-smaller-than-A5 volume of seven four-leaf sections, bound in the French Simplified style. It's advanced enough for me to be able to start working on the plinth in which it will be housed. The plinth (left) is of similar dimensions to the text block plinth. The semi-circular cut-out on the spine edge of the plinth recess is to make it easy to lift the book from the plinth. This is not a detail that I've used before and I'm hoping that it won't prove too difficult to mould the felt lining around the tight curve of the cut-out.
Posted by BEMBindery at 22:29 No comments: 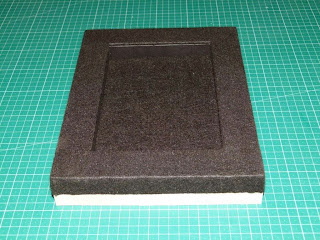 The base plinth of the box has now been shaped and lined with felt. My preferred lining material is usually Suedex, which is much less vulnerable to adhesive bleed than felt. In this case, I've elected to use felt because it is much better for stretching and shaping around corners and into recesses. In this case an added complication has been the need for the bottom of the recess to be raked (with a different depth in each corner). This will allow the top surface of the text block to appear level rather than tilted. Next step will be to check the fit of the block and start writing an account of the project.
Posted by BEMBindery at 23:28 No comments: 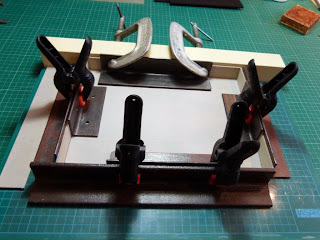 It's taken a few days but I feel that I have a way forward for what I'm now thinking of as the Barwon Ballads Project. I won't bind the text block that was the subject of my most recent post but will, instead, write and bind an account of the rationale for this decision. The bound account and the unbound block will together be housed in a tiered presentation box. Over the next couple of weeks, I'll try and post every few days with updates on my progress. The image above is of the first step in the construction of the base of the presentation box, secured to a purpose-made bench hook with a couple of G-clamps and held in place while it dries with some angle irons (offcuts from the scraps bin of a local steel fabricator) and spring clamps.
Posted by BEMBindery at 23:21 No comments: 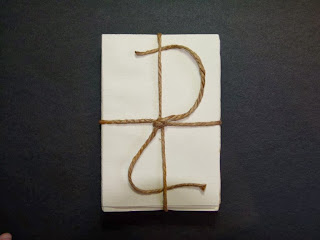 Earlier this year, twenty Australian bookbinders were each invited to  prepare an unbound text block from the 1912 edition of James Lister Cuthbertson's Barwon Verses and Bush Ballads for exhibitions to be staged in Sydney and Canberra in early 2014. Doing something with my copy is the last project I need to get out of the way before the end of the year. The block itself is fairly uninspiring - musty, foxed, poorly folded, of awkward proportions and with the paper grain running in the wrong direction. Working out what to do with it has caused more than a little angst and I have little enthusiasm for starting. My first step has been simply to 'bind' the block with coarse jute cord and let it sit for a bit.

Posted by BEMBindery at 21:42 No comments: